She wrapped me in her quilted smile,
then torched the salty fabric of us, tear stained and aching.

She knees cruel in the balls.
And I love her that way just the same.

She hangs me up to dry,
then cuts me down for air.

The breathing windows of us,
pulsating walls setting chairs rocking, us inside,
lulled in four-arm sleep.

Published on The Mindful Word today is my review of Stephanie Harper’s Sermon Series. 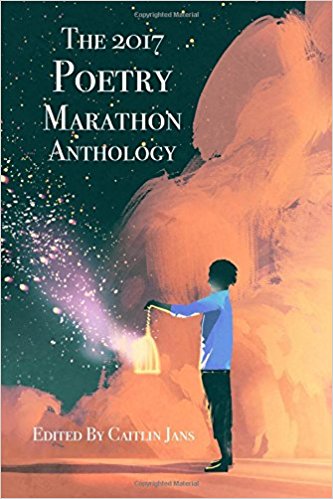 Once again, I’m so privileged to be included in this gorgeous anthology of crazy poets who challenged themselves to a frenzied mad dash marathon of poetry, a poem an hour for 24 hours. My poem is on the very last page.

Buy it here.  You’ll make someone happy for the holidays when you give them the gift of poetry while supporting poets and poetry (what the world needs now more than ever).

A short prose piece was published on Life in 10 minutes here. It feels good to be writing something other than sales tickets, school papers and grocery lists. Please enjoy.

Come take a walk over to my other blogspot for today’s post about “the eyes have it.”

Come take a walk across my sites and visit today’s Journey News Blog post for a trip into a beginner’s journey into entrepreneurship. And tell a friend!

Never enough of it because the throngs crash into me

When all I want to do is get to the other side of the street.

And the rare time I sit down to watch a movie or t.v.,

There’s the dog’s head or tail blocking the screen.

Whose heredity traces back to Alaska, lies against me.

Relationships, the worst for the coveted thing since

no matter how hard you try, you can’t get him off,

To let go and do something on his own, without me.

I have a friend who’s a close talker, another who pokes,

And yet another who slaps me every time she laughs.

My mother was a hugger but even she could sense.

What is this prized possession we never have,

Well, not enough of, but we all need and want?

What’s her name? You thought she was beauty,

And you were wrong. Not money, nor fame, either.

Yes, family, marriage, children, some of us crave that,

Last year I organized a Meet-up writers group to see if I couldn’t get workshops and writing collaboration. After a few sessions, I ended the group for several reasons, not the least of which was a growing ghostwriting business. I just didn’t have time.

I enjoyed the people, even for that short time, and have stayed in touch–loosely–with a few of them, bumping into them on social media and in following blogs. I even met one of them, Kate, in person for a lovely, long, luxurious sit down at a local Starbucks, chatting about dying mothers and writing, and whatever else came to mind.

It was Kate who introduced me, by a quick Facebook messenger note, to Dime stories. I had been writing these ten minute writes as exercise, keeping my writing muscle going and my notebook full of ideas, a la the Life in 10 Minutes people who graciously publish my scribblings when I submit (I’m not sure they turn anyone down, but maybe). She thought this was right up my alley.

And she was right. A group of writers meet once a month in a wine store in Costa Mesa to read their three-minute stories (500 words). On a whim, I went, thinking I had a few dozen pieces I could rip out of my cyber notebook to polish up or down into three minutes. I chose one, printed it out, and went.

After the first one, I knew I had done it again–leapt before scaring myself sensible. I realized I had no idea about the rules of the game or the competition, the first being not too complicated, the second being stiff. I was intimidated after the first reader raced through a thousand scenes in 180 seconds–or at least it seemed that way.

I hadn’t even read mine out loud beforehand to test its timing–and time was of the essence. It.had.to.be.three.or.under. Uh oh. And I brought my sister along to witness my humiliation. It also dawned on me that I had but only once or twice read any of my work out loud (reading to the dog doesn’t count). I did read my poems from my cell phone to the beat of bongos and a bass guitar at the street fair once, but this was a quiet, attentive (seemingly) audience. It was timed, for crying out loud, so someone was paying attention.

I grew slightly anxious as the readers continued, one, two, three, four…and then my name was called, a folded paper drawn out of a felt hat (was it straw?)

I got up before the mike and jumped the gun. Yeah, yeah, I’m supposed to wait for the signal from the recorder. False start and go…I thought I’d start slowly to gather myself up in a comfortable pace. I think it turned into a race, though. I wish I’d inherited a voice the timbre of Audrey Hepburn’s, not the lady with the stuffy nose in the cold medicine commercial–nasal. But it was done.

We voted (good thing I brought my sister) on our first three picks for best of the night, and left. It was such a fun experience in retrospect. I think next time I’ll go to enjoy the stories rather than worry about how I’m going to read mine. Lovely crowd (about 17) of talented writers, including Kate.  Thanks, Kate.

Oh, and my story was one in a three-way tie for second (strategic accompaniment on my part–at least I hope she voted for me). You can listen to the selected stories here. Mine’s titled, “Taco Love.”