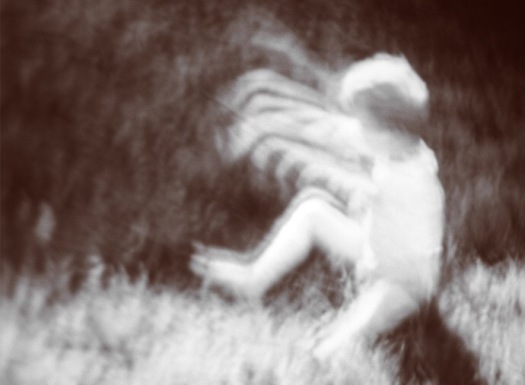 I learned this term today in an elephant journal article.  It means “ending a romantic relationship, by cutting off all contact and ignoring the former partner’s attempts to reach out.”

Like the writer who defined the term, I am in the dark about new trends, words and expressions quite often despite having two teenage daughters. I often think how far behind the times I will fall when my contact with them is not daily–in my house. They keep me fresh and as close to hip and trendy as I will ever be (which is not very close), often with exasperated faces, slumped shoulders to punctuate the sheer agony of educating an older person.

However, rudeness is not confined to youth. I agree that ghosting is rude, excluding abusive relationships, of course. Treating people as if they are disposable plastic bags, discarded (probably on the ground) after use without a thought to future ramifications (pollution-physical and emotional) to other beings both human and animal is more than unkind, more than cruel. It is brutal.

The kindest gift is knowledge with all of its up and downsides. I may be rejected, feel bad about being rejected or even about myself, if someone dumps me face to face or in an email or text, but ice that rejection with someone’s cowardice or cruelty to keep me ignorant in the face of such dumping, well that is too much.

First, I not only wind up feeling rejected but ashamed on top of that. Once I discover the ghosting, I am bound to feel doubly embarrassed that I did not know the person I cared about was such a coward, such an unethical person. That is the part that would throw me into despair. How could I not know I was dealing with an asshole?

That realization–that I am stupid, unobservant and/or naive–kills me more than someone rejecting me for being me. I do not need validation from someone else, though it certainly feels wonderful to be appreciated. But I DO need to know who I am dealing with–for my own safety. For how do I make wiser decisions in the future if I have a defective bullshit detector?

The battle is always between the bravery and freedom to trust against cautiousness, the wisdom to discern others’ intentions and needs, and whether those fit my own. The difficulty, of course, is in achieving clarity, sorting through what’s mine and what’s someone else’s. They get conflated and confused sometimes. Is it me who wants exclusivity or am I capitulating to some unspoken or spoken desire of the person I HOPE to build a relationship with in time? It gets complicated picking through the nuances.

Knowledge is the best armor. Knowing the self and observing others is a lifelong study. I hardly ever get it right. The attempt is all I or anyone ever has, but the trick is to develop an intuition or listen to the one inborn, weak as it is, mixed in with recollection of tendencies and traits that are recognizably lethal.

I believe ghosters are detectable to those paying attention.

Barring the sociopaths, those who would do others harm smell differently, and I mean that more in a metaphoric than a literal sense. Tight listening to instincts, like wearing infrared goggles, reveal the dark hidden. If only we use the gear at our disposal: eyes, ears, heart and mind, take note of the signs, the hints, looks and words–not in suspicion but in curiosity, like an archeological exploration, seeing what the landscape bears underneath, hopeful of gems of discovery but mindful that the earth may be barren or even collapsable and dangerous.

Perhaps ghosting is more a phenomenom of youth with its inexperience, fewer notes on lived case studies. Or it should be. But even young people have inherent tools to sniff out fear, falsehood and feelings. If only they respect themselves and their abilities, without trepidation over likely mistakes.

Buddha proclaimed it way before I did. Suffering, though inevitable, is minimized in the mindful. 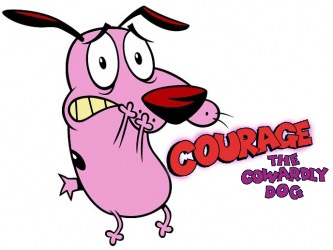 The ability to do something that frightens one, or Strength in the face of pain or grief.

Some people in social media today are bitching about the public’s lauding Caitlyn Jenner (when they are not commenting on her age or her dress or her makeup) for her “bravery.”

Even people I have deemed intelligent and sensitive have posted Facebook critiques with photos of their candidates for the definition of bravery such as this:

And yet another post-er believes this is more befitting of the adjective:

Both social media post-ers are men, one conservative and one progressive, one older (mid-fifties) and one younger (mid-thirties).  See a trend here?

To be brave, one must risk life and limb or recover from loss of life (the one before loss of limbs) and limb(s). And be men.

Now, admittedly, I have seen no female contributors to the courage definition, none with a picture to share, but if there were any, I would imagine it would be of cancer survivors or mothers crossing minefields to save their babies.

But the first reason for Caitlyn’s doubtful courage is her womanhood. The second reason is her health. It is apparently not bravery to kill off her fortunate birthright–the white male privilege–to become a woman whose worth is measured by her appearance and her ability to graciously absorb the arrows of disdain and second class citizenry based on frippery and gossip, like the target she has now become. And for what? It’s not like she needed the money or the publicity like her former step family.

What’s so brave about that? I agree. She must be a masochist to become a woman in this society–to be treated like meat.

But Jon Stewart in his latest The Daily Show always says it best:

As a woman, Jenner can now look forward to her physical appearance, not her talents or mind, being the object of daily scrutiny. Should she ever need to work, she can look forward to earning roughly 77% of what a man makes. Should she ever face physical or sexual violence, she, not her attacker, will be treated with suspicion. As a woman, Jenner will also have to get used to hearing not just new pronouns but other fun words like “shrill,” “nagging,” “bossy” and “emotional.” And then, of course, there’s the catcalling, which a “beautiful” woman like Jenner can now expect daily.

A person transitioning to live as her true self is a wonderful thing and America has come a long way toward accepting transgender people. As Stewart so aptly pointed out, though, the real struggle now is to bring up the lives of all women. On that front, there are still miles to go.

Perhaps the clichés we are fed about hero imagery and the hardship stories that go viral to tug at our heart strings in quiet, reverential sentimentality get in the way of our seeing the bravery of transformation, being faithful to the universal need to be our authentic selves even in the face of total annihilation through either vilification or idolotry.

Caitlyn Jenner may be just a woman now, but her twice-baked celebrity-dom has transformed her into a paper doll image, something to wag about as a projection of an idea, sans flesh and blood, no matter how much skin gets bared where.

And I am not disputing the other photos depict bravery, though they are subject to the same fate as Caitlyn–the loss of humanity to an idea of something like heroism or bravery or Facebook likes.

The take home idea: Why would anyone want to be a woman in a misogynist society?