Alone on the Heath, a purple flower
where there once was dry reedy sand,
you, friend, rode the train to dusty plains
with me–and slept through shifting tides
along California beaches, we two, strangers
to this land, and no less to each other.

I watched your sleeping breast rise and settle,
like the rhythm of our first freedom days, lazed
into adulthood, we seekers of flame, depths
of our soulful hearts, walking poetry, youth
alluring to each other–comrades–and evil too.

I saw you leave that day, through cloudy eyes,
music, sand and weed drifting us alongside
our own nature, me, cautious and calculating,
ready to loosen within my comfortable shoes, and
you, riddle’s answer to: What is freer than free?

Who has stolen your breath, my flower?

Your forever frozen face stills time in its place.

Where wander childhood sensations abandoned at the adult door?

Where hides the hood in childhood–buried where, by whom?

But the curiously cured shank of hooded time stored in dark canals,

ages salty sweet in half notions nestled inside enormous desire,

A six-year old, hair a twiggy tangle, growing to the wind, sitting

shapes the real from earth and imagination aligned just so,

when nature taught her no bounds to science, only hands. 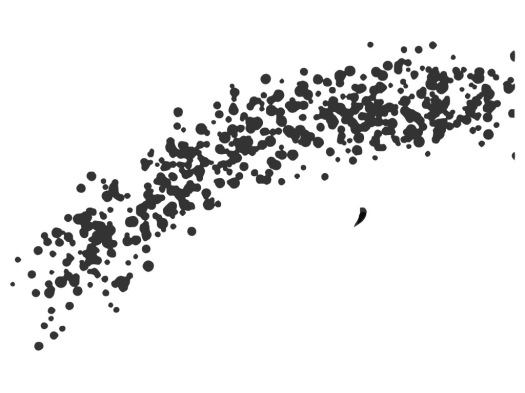 You just bombarded my world, shattered my sheltered piece,

unexpectedly patronizing the safe haven of an employing

menial job away from my usual world of impotent pledges,

places that belonged to another life, another me, and you say,

“Hey, I remember you. I saw you there…from the court”

Memorizing the cold inside smile like a lightbulb flash, burnt in air,

scalding the fingernail of an infant size will to forgive.

Just pop me back there why don’t you? I’m long sprung now–

for over a year and minding my business, picking up the pieces,

and here you go dragging my ass backwards, sliding me down

there in the dankness and graveyard dreams, the hole of holes.

I could hear my heartbeat in my eyes but somewhere receding

like a mote under the metal mattress of my will to forgive.

I know you were reprieve, a nice girl, honestly asking, earnest,

wanting to be what I was, aspiring while I was spiraling down,

you upward with your youth, all possibility ahead, to recover,

re-coup, pop yourself up from a crack-split of a morning that

caused you to fall, while I was on the downslide, much older

career-weary and worry of the world, on my way out of it.

Crushing reason pounded my back and sides of a silhouette stare

piercing the baton flesh of your powerful thump on my will to forgive.

But I too have regained my step some and gathered my thin-self.

and “I will forge ahead,” make it like it never happened, reinvent

myself, my life, and call it a new beginning replete with hope.

on the sooty bench of ash, our smoldering embers of I will forgive.

Until you walked into my store, my place of candy cave-shelter

to kick me in the flashback and remind me that I am still in it. 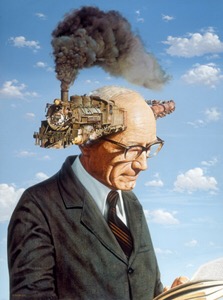 Mayhem in the morning, it felt like
a kind of dismemberment of the mind from the neck down.
Nothing a silent session of steep stretching would not cure.

Sometimes sleep affects the whole day that way,
with a whisper of promise, something more like
a train ride through a New Mexico sweep of pronghorn elk.

That trip through the beltways and tracts of the country,
the clacking wheels syncing the spin of my mad days,
in orange rinds left on the porch swing as evidence of hollow thirst.

Like Mary’s lamb, Betty walked us to school each day.

She left us, standing her curbside guard as we passed,

rounding the corner to the garden playground tarmac,

launching little ones to the land of rowed rote learning.

The morning ritual drew her celebrity as the cut-tail cat,

the shepherd of the suburban neighborhood children.

She pranced for pets, then skittered past to prod them,

“Don’t be late,” as if urging them to the teachers’ walls,

And thus she bid the morning watchfully, awaiting 2:42

when full of 2+2 and rainbow-colored painted clothes,

her charges returned to their tri-colored ambassador,

in pats and giggles, amazement and chase of the calico.

Professor of cups picks off the dust from chairs
and washes the filth from sieves and tunnels
when once she polished prose and persuasion.

Professor of mourning the days of harrowed fear
salting agonizing dread and jittery legged angst
when dirt dwelled only in systemic sly dealings.

–mine.
Lips crushed in grimace foul, screeching silent panic
a movie memory sans sound features a small face
wet with tears, her curls raging above and about her
head brown with ratted coils
and a dainty, tender, fragile forefinger
one finger enlooped by layers of hair, an index finger
struggling, captive, to untangle its freedom locked in
a strangling tress much to the horror of its owner.
That image, that girl, that finger flashes before me
now, you, whose wide firm hand with digits like
iron stuffed leather rods rummage through my
hair gripping the base of the rubber band that ties
the tail to my head, tighten your grip, finding
the loops for your yanking intention
my head poised, still, steeled up to constriction
and confinement.
All hands reach back, pull my trussed will, memory-
bound to arches circumscribing the view
of the celestial seascape’s cliche’d vision:
a man, a woman, trapped in time and hair-locks.
A choice, ownership and recognition–
a cerebral passion, homo sapien adores patterns.

An undeniably aching yet slumbering craving, she must fall back endlessly, eyelid-enwrapped orbs unable to keep her consciousness, which slips down into the darkness with claws still clutching and inscribing their twitching seismographic indentations in the eyeballs as the arms of it, consciousness, stretches wincingly, impossibly lengthened for the body to lie in the depth of darkness. She goes deep.

I speculate that she is not falling, implying a misstep, away from her conscious self but has turned and run. Who wouldn’t? Her life has been hard. She was neglected by an unloving mother, one who was abused herself by cruel parents. Her father was a specter who haunted the apartment, manifesting a physical man on payday. Her mother rarely cooked for her or comforted her or advised her of the dangers of the world. No, she was left on city corners at 4 years to find her own food, hoping that the mothers and men entering the five and dime would offer her something without her having to ask. And they would ask her with irritable concern, “Where is your mother?!” and feeling ashamed, she would make up a story that her mother was sick.

But no documented illness kept that mother from cleaning and feeding her baby. Embarrassed and unkempt that child was with untamable kinky hair that refused a brush even if one were offered it, and a sizable gap in her two front teeth. She was scrawny and sallow, though with sharp, slit-eyed hazel-glistening maturity and wit. She was a meerkat.

Eventually poking her head above the layer of grimy gutter life, she cleaned herself up and then mistook love for sex. Knocked up and married at 16, she merely survived a childhood of neglect to enter into an adulthood of abusive banality and benign ignorance. She married, like her mother before her, a ghost of an unfinished man, a workaholic incapable of appreciating the finer things in life–books, art, mystery, passion, and romance, namely: her.

But he gave her a family. Children salved the sore of scooping up in arms love she missed out on. Only, to overcompensate for her own shadow life, she spent every moment caring for, thinking about, worrying about and attending to her inevitably affected children of greed, helplessness and jealousy. She fed them too much, cleaned them overly, loved them enough but not enough for the canyon of need she created in them to be the sole capturing eye of the gaze of her great giving.

She raised them. They came to visit on weekends with their growing families when they themselves grew up and away, but she, heliotropic, contorted her body reaching for the circling sun of her prodigals who, in turn, rounded back to her, their heat center for hot food, unconditional love and sound advice. Warmed and wiser, they left her withered in the waiting for their eventual return. Until they didn’t.

So long as she could give, they came. When she could no longer give–her core cold like the moon’s with her shine a borrowed reflection–they stared and stammered and shivered in unimaginable loss and fear.

She forgot how to make the dishes everyone loved from the recipes passed down from her grandmother, the only woman who cared for her but left her only too soon, days before her fourth birthday. Dishes that made home–their home–like blintzes and pirogies and beef stew, were irretrievably lost because her children forgot to ask her how to make them. She couldn’t remember how any of them started, though she made them hundreds of times over her 75 years.

Nail biting in isolating anguish, her children suffered alone, for she did not understand what everyone noticed. Her husband alternately shrugged and shook fists at the sky. No one knew what to do with her. When she could no longer speak, they stopped coming. But she could see; she could hear. And for many years she still could.

Trapped in her muddled thoughts so long, wasting away, her body dis-remembering how to process food into fat or even how to chew and swallow, she closes her eyes now like no one has ever closed a pair of eyes before–her face drawn in by the corners of its angles of cheek bone to chin, skin sucked tightly to skull–and exhales.

No, she is not expired. She is pure unconscious desire now, streamlined to her essence and sinking into the only place she was ever going to anyhow. She succumbs to the lure of the lover and beloved, and it is a release like no other in her candlelit dusty life.

She opens her eyes again, and the illusion is gone. I can no longer see the purpose and direction, imagine the lilting lie of the siren’s song, “Come to me, my mistress and be my Penelope awaiting her king’s return. Rest in my bosom, my touch, my caress.”

This is how I cope these days with the agony of her slow decade-long disappearance.  I imagine she is on a mythic sea voyage, sailing the still waters of slow afternoon noddings, drifting down into the arms of her self-embrace and so engulfed in the arms of the loving mother that she was born to be and always will be.

I stare into the searchingly bewildered eyes mirroring a woman focusing her lenses, and see me. There it is! The three second connect, her recognition marked by the eye twinkle and quick spasm flash of an upturned corner of her mouth, the missile memory launched in my direction absorbed by the heat of my desire. “Hi Mom.”

The sound distracts her. Her eyes move off mine in the direction of where she thinks the sound came from, the cataract gaze returned. I look away. I pick up my keys and move to the door, glancing back briefly before touching the handle. Her eyes cannot follow me at this distance. I walk out the door. It’s time to pick up my daughter from school.