Thank you once again Life in 10 Minutes for publishing this little tribute.

Death is a symbol. People stand in for…(read here).

One more I honor and pray will not be the last,

This poem, your day, awakenings to more days

Those last with mortal grimace and existential pain–

No one fills your place, not before or after,

None who sits just where you do in my house,

Or my car, no one quite like you who inherited and grew

One day you will unmake me just like the sun and earth,

My fiery Death whose smoke will awaken the ravens

On my walk, my rise and fall, blossom and decay, my stain 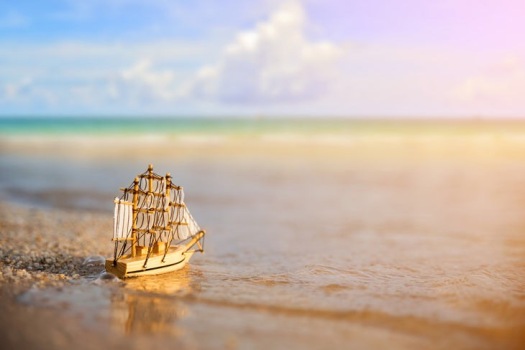 I scrapped together a few writings I blogged over the year and produced this piece that was published yesterday.

Tripping on sounds, I hear birds outside my window, muffled, over the swish-throb of a heartbeat in my ears, a pulsing slightly alarming and soothing all the same. I also hear a dish clanking outside the closed door of my room, emanating from the kitchen where I imagine my mother is sitting, skeletal and serene in her wheelchair, gazing off through the filmy stare that inhabits her face now. The cataracts of her mind’s eye reaches some unknown space outside or inside her head that swirls and lulls the cerebral juices to twitching stillness, her jerking to and from that space in split-second recognition of a face, idea, song slice or voice. I imagine her waiting like the baby bird with beak wide open in anticipation of its mother’s nurturing tongue, depositing the meaty worm of egg or pear. She is spoon-fed…continue here.

Professor of cups picks off the dust from chairs
and washes the filth from sieves and tunnels
when once she polished prose and persuasion.

Professor of mourning the days of harrowed fear
salting agonizing dread and jittery legged angst
when dirt dwelled only in systemic sly dealings. 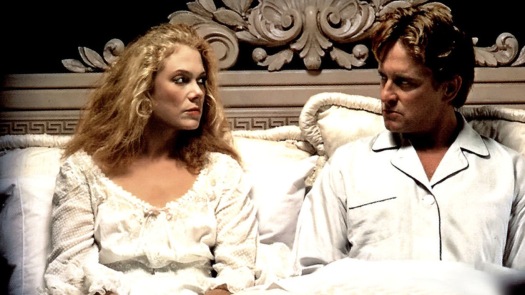 credit: http://schmoesknow.com/war of the roses

Fuck You for cheating on me. Fuck you for reducing it to the word cheating. As if this were a card game, and you sneaked a look at my hand. Who came up with the term cheating, anyway? A cheater, I imagine. Someone who thought liar was too harsh. Someone who thought devastator was too emotional. The same person who thought, oops, he’d gotten caught with his hand in the cookie jar. Fuck you. This isn’t about slipping yourself an extra twenty dollars of Monopoly money. These are our lives. You went and broke our lives. You are so much worse than a cheater. You killed something. And you killed it when its back was turned.”
― David Levithan, The Lover’s Dictionary

The breakup of a relationship, for good, bad or indifferent reason, is a death, and like any death is experienced by each singularly yet somewhat uniformly except as to degree or duration. Some breakups are beyond hateful, downright murderous, while some are as near to a handshake and wave goodbye as two acquaintances parting ways after lunch. The degree of hate or hurt or shock seems commensurate with how quickly or slowly someone moves through mourning. I’m sure individual personality also figures in the pacing of the mourning process.

As a lawyer, I used to counsel my divorce clients about the five stages of loss and grief: denial and isolation, anger, bargaining, depression and acceptance. I learned of these stages first by observing and listening to clients, but later by reading about them in pop psychology pieces in books and on the Internet. Often I asked my clients if they had a solid support scaffolding somewhere, either in friends or family, and, if not, to seek therapy in whatever form that took, psychological, physical or emotional outlets. Divorce was death, but a slow death.

Most clients came to me in the anger stage, though I did see a good deal of clients in the denial stage, even some in the acceptance.

White dress. Peach roses with baby’s breath. Long Veil. Happily Ever After. That’s the way it was supposed to be. I believed it. I wanted it. I needed it. Then he lied. Then he cheated. Then he left me.

Those in denial were usually hit with a surprise, a husband who announced his love for another or wife who announced hers, and the other spouse was unsuspecting for whatever reason: denial, blindness, self-absorption, busy, children, work, etc.

He left me! I don’t get left! If anyone’s going to do any leaving, it’s darn well going to be me! The betrayal after 17 years of marriage and 2 children was paralyzing. I felt as though my arms and legs had been brutally torn from my body and everything I knew of who I was disappeared in the instant he uttered the words, “I have something to tell you.” I was lost, bobbing in the waters of what remained of my life, certain that drowning was imminent.

These poor souls would come in needing me to tell them what to do as they felt lost and disoriented. I found my job then not so much as legal advisor as counselor and human being, trying to give them the benefit of my years of seeing couples and families go through the process of breaking down and rebuilding. Mostly, I listened, however–the best consolation I could give.

Some clients with cheating spouses came to me in the planning stages of strategic divorce either in calm revenge mode or blind anger, marking both ends of an emotional spectrum.

Then one day it started to change. About 15 days into my paralysis, the shift began. The sadness and loss gave way to unrelenting thoughts taking me back through the prior year revealing the numerous time his behavior didn’t quite make sense. The lies came into focus and I realized that I had not only been betrayed, but a fool as well. And I became angry. I’m not talking about “mad” angry, I’m talking “hunt-you-down-put-a-fork-in-your-face” angry!!! And it was utterly consuming.

Clients who had known about their spouse cheating for a long time whether by admission from the cheating spouse or by evidence, usually came to me to plan how to extract themselves in the most advantageous way. They were in battle readiness stages, so often they were angry and had already gone through the first two stages of trying to figure out what had gone wrong and what could have been done better.

The anger was with me in the daytime, at my job, during the time with my kids, even in my dreams. I felt it in my chest as a gnawing heaviness that demanded to have a voice, demanded to be validated.

So instead of focusing on my own recovery and being strong for my kids, I found myself stalking his Facebook page, looking for evidence of his misery. I wanted him to be miserable. I found myself outside his apartment, fantasizing about putting a rock through his window and going Carrie Underwood on his car. I fantasized about meeting his girlfriend in a dark alley and going gangsta’ on her ass.

Occasionally I would come across people who saw the inevitability of death and had come to some degree of acceptance, though there can never be full acceptance until the divorce is over since it takes so much rehashing and reliving and negotiating with someone who is already or soon to be an ex spouse, who used to share life, dreams and future. Some were just moving out of depression.

My health deteriorated. I couldn’t sleep, drank too much, and gained 15 lbs.

Even clients who were in acceptance, and both spouses wanted the divorce and were cooperative, that final day of judgment and dissolution, when the papers were signed and the judge’s stamped signature dry, usually brought tears of sadness, perhaps relief for the dreaded manifest death in papers and courtrooms shouted out to the world, reminding the parties of their perceived failure. Then again those tears may also be fear in the mix, the fear of moving on and setting new expectations only to have them turned into dashed hopes–the scars of battle.

The wonderful part of being human is that resilience, that ability to be torn, battered and bruised and still risk the same beating and near death experience in pursuit of love and happiness, the need for connection to another so strong. Or perhaps the wonderful part of being human is the inability to recall to the same degree as once experienced, the pain of heartbreak, divorce or childbirth. Thank goodness for that or the human population would not have made it past a single generation.

This time of year at the office was typically slow, most keeping their acrimony in check until after the holidays–an exercise both admirable for the self-control, patience and concern for loved ones (other than the one who is the future extraction like a rotten tooth in decay) and hypocrisy of necessity. Many intent on divorcing would seek consultation in November, planning for the divorce such as what papers to gather, where to find money and taking inventory, enduring one last holiday with that rat bastard. Then January 2nd would hit and the divorces would come in, followed by the bankruptcies. Such is the life and death of marriage.

With the exception of two five-year plus divorces in my twenty-four years of practice, most people moved through the divorce process within the six months the California Legislature prescribed for the termination of a marital status. Most, like the writer of ‘The Betrayal After 17 Years Of Marriage And 2 Children Was Paralyzing,’ who clearly survived relationship death, also move through the five stages of mourning within that same six months. The death of a relationship, like the death of a loved one, whether sudden or slow, is a trauma most survive, though not without wounds big and small worn on the sleeve, in the heart, or deep in the recesses of the psyche, for a lifetime.