One of the more famous mistresses, Louis XV’s, Madame de Pompadour (born December 29, 1721) was an innovator of style, fashion and letters and contributed greatly to French cultural life with the influence she garnered as the king’s long term ‘official’ mistress.

Here she is rendered (not the real one) strangely by pictorialist styled photographer, William Mortensen, who has been overlooked in the annals of photography greats for his unusual grotesque style in a time when Ansel Adams’ realism was more in vogue. Mortensen was influenced by Jung’s archetypes and ideas, which are prevalently worked into his work, giving many pieces a larger than life effect. Some of his art can be viewed, along with Madame, in the Smithsonian magazine article reviewing his work. 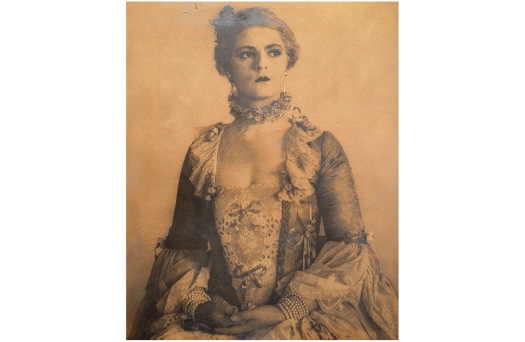