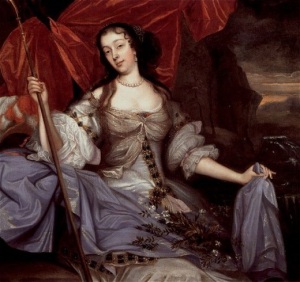 Ah, the good old days when kings had mistresses openly, mistresses who were showered with titles and wealth and, for the more savvy, had the wherewithal to convert their sway (and swagger) into political power. All they had to do was attract the king’s eye, have sex with him, bear and raise his children.

In an interesting article, entitled, “King Charles II of England and His Mistresses,” on a well-groomed, professional-looking blog site called Hubpages by case1worker, I was reminded that the life of a mistress, at least with respect to Charles II, was a very good life indeed, and really one of mere practicality, an escape for a king encumbered with kingly duties as well as a chance at a relationship that would be deemed closer to “normal” in terms of modern day’s marriages: love, passion, shared wealth and children. Charles II, like many kings, married for political purchase and not for love. However, there is no need to feel sorry for him. He pursued his love interests where he found them–and he found many.

One of his several mistresses, according to the above-referenced article, maximized her position, admirably: earned wealth, title, influence, kids with same, and lovers too. After Charles married, Lady Portsmouth was installed in a convenient location relative to the palace where he lived with his barren wife, to carry on his affair, but Portsmouth eventually moved out so Charlie could pursue other women.

Old Charlie II sired more than 15 illegitimate children, all who were placed in decorous positions, pensions, and/or titles, and all of whom were present at his death, over which his wife presided while Charlie professed his life-long love to his mistress.

Wacky times, yes, but very practical. I enjoyed the article for its clarity and succinctness. However, I wish there were references–at least conveniently located because I could not find them–for the information so nicely collected and reported on this smart-looking page. The pictures are lovely too. Enjoy.

9 Replies to ““King Charles II of England and His Mistresses””