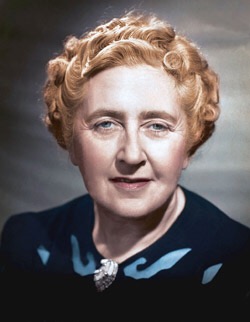 ﻿﻿﻿
credit:  izquotes.com
Dogs are wise.  They crawl away into a quiet corner and lick their wounds and do not rejoin the world until they are whole once more.  Agatha Christie
A well written piece in The Huffington Post, Sophie Rosen, writing for divorcedmoms.com, takes her readers through her transformation from a jilted wife railing at her husband’s mistress to knowingly tasting of the same forbidden nectar in How I Came to Identify with my Husband’s Mistress.
The article starts with the confrontation, suppressed rage:  “Are you fucking my husband?”
But then she settles into the reflective tone she adapts to chronicle moving through her thought process.

More than my husband’s actions, what I found most curious was his mistress’ lack of remorse, remorse for her part in a marriage’s end, especially where three young children were involved.

She ponders this idea that sticks in the craws of most who weigh in on the subject. What is the responsibility of the mistress to her lover’s wife? The clear dividing line is between those whose policy it is to never go near a married man and those who do. Rosen enters the nebulous area of those unknowingly lured. What of those who get involved innocently, or blindly? Again, the choice can be as clear as the no-married-men-no-matter-what policy or the struggling or not so struggling cost-benefit analysis of a relationship in those three-way circumstances.
Some might disqualify a liar on the grounds of failing the integrity test, considering the future-going prospects of someone who starts a relationship with deceit. Others may evaluate the relationship in terms of the state of the marriage, i.e., waning or holding steady, and the aims of the parties. Two may simply share time as they may until it is no longer viable to do so.  Much depends on the parties’ intentions and expectations, which, of course, tend to be as fluid as Rosen’s in the end.

Within every lie there exists its opposite — the truth. In my eyes, this was it. The truth I saw that evening came in the form of a man desperately looking for the attention and appreciation he was obviously not feeling at home, likely why he exuded such warmth when we first met and the chemistry between us was so heated.
Empathically, Rosen “sees” the lonely man, acknowledging her own loneliness, and grows an understanding of why someone might seek comfort in another who can provide it, despite his allegiance or vows to another who no longer does. So much, to me, depends on the honesty of the individual confessing his truth and the self-awareness to do so.
Indeed, if we are not careful, marriage can become the loneliest place on Earth. I know.
Though Rosen spends only one night with someone whom she suspects lied about his marital status, she does earn valuable insight about the complexity of marriage, monogamy and human beings.
Today I question whether my husband’s mistress is the same homewrecker I had once thought.

Putting herself in the position of her husband’s mistress even momentarily or to the degree that she felt appropriate–she is not the same woman as her husband’s mistress, obviously–she concludes that the fault cannot be so easily attached to one person in a triad of lies and need. Though omitted, the underlying foundation of Rosen’s conclusion is the realization of her inattention or unawareness, her own part in the destruction of her marriage
My husband and I seemed to do a pretty good job wrecking the home we had built together without any of her help.
Perhaps I have been too much a subscriber to cause and effect, but my assumption about cheating and divorce has always been that something was wrong whether it was the character of one or both parties, self-delusion, denial, youth, mid-life crisis, incompatibility, unrealistic expectations, the failure of monogamy, fateful accidents or illness or any number of life circumstances providing the impetus.The client who tearfully confessed he or she was blind sided by the cheating, that everything seemed fine was suspect. I could not help but flash on whether the person before me was willfully “blind” in some way.
Perhaps the cynicism of the job ripened the seeds sown in me at birth.  Or maybe I was to some extent right.
We get caught up in life. We fail to open our eyes wide enough, a self-imposed squint implemented to maintain focus on the daily business of getting through the days. How can we expect to “know” ourselves let alone the other one we have sucked up into the motion and madness, scooped up and absorbed as if two were only one?  We forget our spouses were once human beings we wondered about and ached to discover.

It is easy to say with conviction that cheating should never happen. Accepting why it often does is what remains a challenge.

She does not excuse behaviors, anyone’s. She stops short of rationalization, only hinting at her own one night allowance and commendable perceptiveness in suspecting a lie when she smells one. The take-away is the understanding that snap judgment, the black and white of it, is an unconsidered stance, too raw. Empathy, compassion and reason gathered her into the grey.