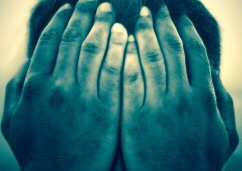 It’s five minutes before class begins and one student, a mousy girl who twitches occasionally and whispers answers to my questions after I respond to her half-mast upraised tentative hand that must be propped up by the other hand in order to give it any height, says, “I think no one’s here because of the shooting.”

The classroom is one third full, not unusual for the hour and time in the semester, about one third of the way through.

I wanted to doff off her suggestion as somewhat silly or illogical to assure her, actually, but as is always the case in teaching college students–or any students–sensitivity is paramount, so I pause a complete second. But in drawing up my response, I immediately flash angrily, “No, probably not. Why wouldn’t they be used to this sort of news by now? After all, mass shootings happen every other day now. It’s just become the new normal.”

I immediately regret my callousness.

This student has confessed in her second essay written for this class that she suffers from epilepsy, a recent discovery that has left her to picking up pieces, rescuing remnants of her former life that held nothing but unfettered future, the worst day up until then being when an elementary school kid called her a mop-head. She told me her medication affects her memory, slows her.

When she confided in me, I thought of my daughter in college two states north from home. She suffers from a recent sport-inflicted concussion, confused and depressed, her mind sluggish and stalling–going on too long now. She fears. I fear.

******
Last week at the head of the classroom, I repeated the line from a prose poem assigned for that day, “In the end, we are alone in the house of the heart.” I then asked the students if they thought that was true. Some thought so. Most did not know.

I offered my story of watching a cancer patient die, slowly, how, after months of gathering her family around her, then one by one sending each off not to return to her as she got sicker, she hunkered down inside herself the last three weeks, doing the difficult work of dying. It certainly looked like no one could help her do it, that she had to do it alone. To further illustrate, I likened that aloneness to being elbowed in the diaphragm, down on the soccer field, fighting for air. All of the hovering bodies above you as you lie on the ground can do nothing for you–you don’t even see them–as you fight the pain and fear of never breathing, diving deeply inside yourself for that will to bear it, to survive or brave surrender.

I thought the dying example was illustrative, poignant. Some stared in reflection, some in emergency-broadcast-test-pattern mode, others in churning liquid emotion. One young man gripped his head in his hands, face hidden, staring down the sheen of the teflon coated desk.