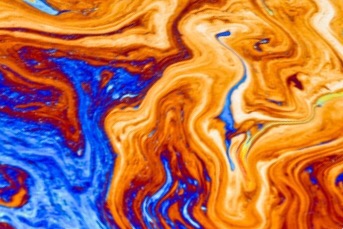 But before Fred was Randy and the first frozen yogurt store. Randy and I laughed and played well together, so naturally we partied together after work. One time we tripped all night on Hollywood Boulevard. We rode a bus there from work in Century City, swallowing the tiny tabs on the way, but then got separated after de-busing. I don’t recall much of the night other than walking up and down a strip between Hollywood and Vine and the three blocks north and south from Vine, back and forth, stopping each time I came to the open doors to this plush hotel with a sprawling carpet of captivating geometric design, loud and colorful squares and diamonds in endless interchange and contiguity, looming hugely before me in my psychedelic state so as to paralyze my feet and mind into staring just long enough to prick my consciousness that I was being obvious. It seems that I was often in that state throughout my youth: trying to maintain some semblance of normalcy, working hard to blend into the safety of anonymity, working my incognito frame of drug or fantasy addled mind behind a shield of placid indifference that an indecipherably bland, disinterested face shows in the ordinary wading through human streams of passing feet, chests and faces.