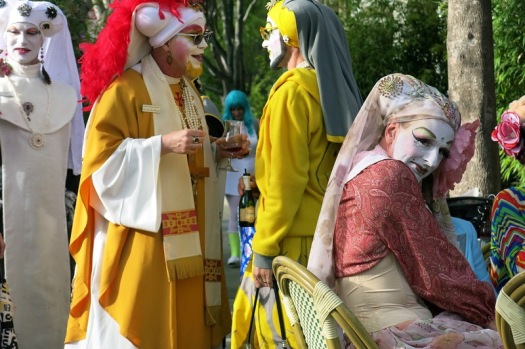 Just as African American slaves from the 17th century onward crafted a language and music of coded words, phrases and drum beats before them, gay men in the 50s and 60s spoke a secret language to one another. Polari, the spoken language of made up words known only to gay men subverting the laws against homosexuality, was prevalent until homosexuality in England became legal (at leastin the privacy of the home). Unlike jazz and blues, the music and language derived from slavery and segregation of black Americans, polari disappeared.

Learn about and listen to polari in this intriguing article in Atlas Obscura titled “The Forgotten Secret Language of Gay Men” here. The seven minute film at the end features spoken polari.