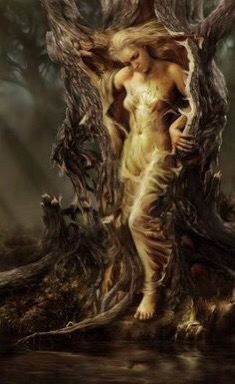 “I wanted to grow into a tree when I was five because the trees around my house looked like they all had arms that reached to the sky or really high places like rooftops, and my arms were so short I could not even reach the counter to steal back contraband my mom confiscated: cookies, silly putty my brother and I fought over, and fake clip-on earrings snuck from my mother’s jewelry box.”

I stare at her perfectly halved hard boiled egg chin as she speaks, mesmerized by its perfect oval shape.

“The Wizard of Oz kinds of trees all bramble and sparsely leafed. Not because they moved or were threatening but because they looked like outstretched arms. I wanted arms to heaven.”

I laugh. “Sounds like you’re going to break into song or start a book Elizabeth Gilbert might write. You know transformation…arms to the heavens…that sort of thing.”

“No, I’m serious,” she counters. “I wanted to grow up to be a tree, a coffee tree. That’s what they were in my mind, for some strange reason. I have no idea what a coffee tree is, but that’s what they were. And for the longest time I could not shake that dream, had literal dreams of being a tree like some Greek goddess. Who was it, Diana? No, Daphne, escaping Apollo, only I wasn’t running from anyone into tree hood. It felt natural, like I would evolve organically into a tree, starting with my fingertips elongating into thin spikes with wispy leaves drooping from the tiniest reaches of the branches that my arms would become. I could almost feel it then…even now, a little. I can summon up that feeling.”

“How curious, specific and lovely,” I silently acknowledged. “I wish I had imagined that as a five year old. But I was too busy wondering if God could wipe out nightmares for me or if I could somehow fly without wings or nun’s habits like the flying nun did.”