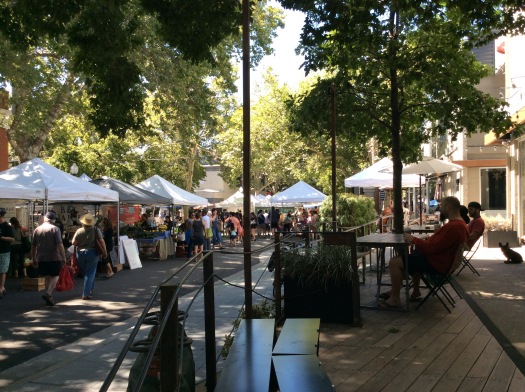 Woke up to sleeping bodies in the dark, slurping in sleep’s sweet succor. I was ready. Yoga at the hotel fitness center cured the morning blank canvas of what will it be today? It will be all right, says yoga on the mat in a small hotel fitness room with one other exerciser on the treadmill making miles go statically by.

Before long, the world intruded. Breakfast with Pascal and talk of more violence, Facebook posts on how to understand Black Lives Matter and white resistance to the reality that no white person has ever awakened black in America. How can anyone not black know for sure? Listen. What can we do? Keep compassion in our hearts; let it soften fear at the lack of control we all surely have over what happens despite our illusions. And no more than ten minutes pass and my voice raises in anger at the lack of care, people, fear, ignorance, helplessness. People die, no stopping it. But people got to live too, be allowed to live.

For now, however, the warm breeze in a characteristically cold place soothes the upsurge in remembering the world out there spreads chaos inside. But oh, there is a bass fiddle and tuba piping out deep sonorous puffs of scales, notes and contrapuntal tunes, while the appreciative fold claps. Two low lying dogs yap at one another in the passing. There are dogs and people and stores with reggae music drifting in the rests of the two live musicians on this wood and concrete terrace along the store fronts, sidling the quaint corner farmer’s market. 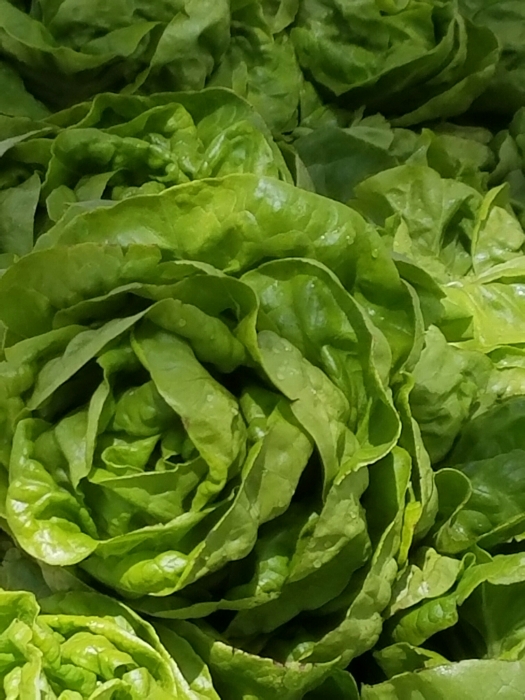 The booth in front of me advertises Capay organic cherry tomatoes 2 baskets for $8. And now the bass fiddle takes up the bow, and there is a sweet, lilting classical tune that tells the story of parlors past with hooped skirts and tight ankled pants, wide buckled shoes.

The air passes in muted bustle, not quite loud and frenetic as Saturday morning’s cruising in this Sacramento side street tucked between a bank building and artisanal strip mall, boutiques and coffee shops, and Peets coffee, the largest one I’ve entered. 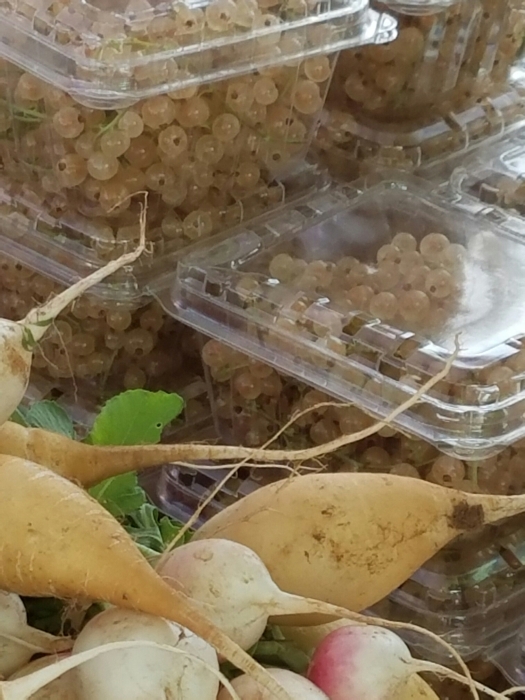 Pregnant young mom, ahead of trailing chapeau’d dad and stroller. They are on their second. He wears mustard colored shorts with his felt feathered bowler and sky blue shirt. She wears running shoes, baggy grey shorts and beige shirt. They scuttle between tomatoes offered here, mini watermelons there and cantaloupes.

Straw stetson’d tattoo young man with a full bust of some man tattooed on his left calf and a mythical looking,  hair-flowing, witchy woman on the right. He and his son pull up on mountain bikes. The son plops the mini melon on the scale.

Colors of the market cheer up the asphalt upon which merchant stands rest under canopies like a parade of white circus tops. One stand sports a red umbrella for shade: Certified California Grown. And the bodies saunter and browse, dogs or kids in tow, some singles and childless, dog less couples. Mostly white folks selling and buying. Very few people of color. And there it is, the crying toddler that incriminates the moment’s peace. 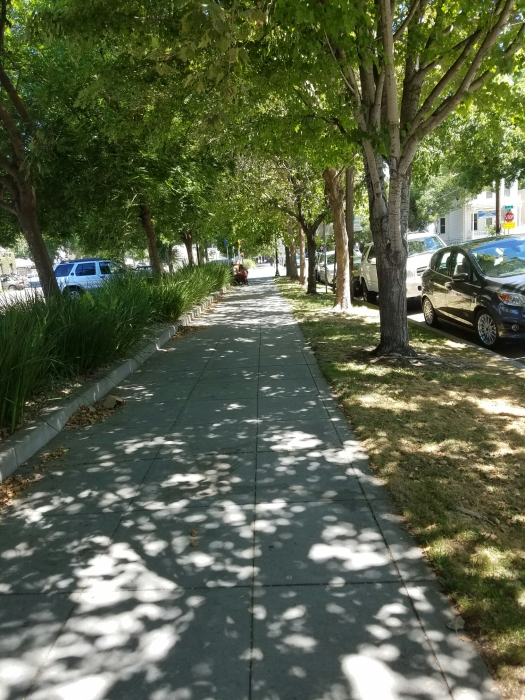 Sipping a one pump vanilla soy long pull latte from Peets, Bob Marley says, “Everything gonna be all right…don’t worry ’bout a thing…” And it’s true. Buy the shirt or shoes if it pleases you. Small pleasures. Dogs bark to each other, communicate or ignore one another, just like we do. Hey, see me, I exist. See me. No, huh? Maybe the next one. And so it goes.