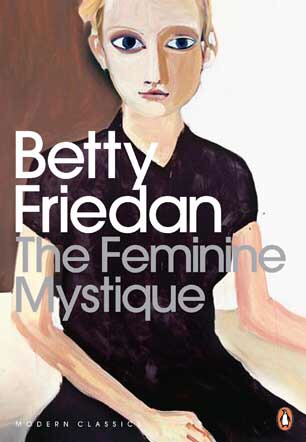 Betty Friedan wrote The Feminine Mystique in 1963, three years after I was born. The Second Wave of Feminism she helped launch was already under way as my mind was also beginning to take shape. Without a word of hers ingested, I ate her intent, had it coursing through my veins like red blood cells. It produced the iron with which I withstood the world of feminine assault and violent backlash.

Women weren’t violent, but the disgust, outrage and horror of becoming aware what men thought of us, the powerlessness to become, to be seen and to be in-possessed razored some hearts, did violence to their peace and potential.

I never read Friedan, not at 12 or 15 or any age. While absorbing home life and culture, I hid. I read. I went away to more frightening places, like Mordor, the harrowing innards of Siddhartha, and the outer limits of my own consciousness. I recreated on a daily diet of pot with occasional leaps into the color zones inside acid, speed and barbiturates. Occasionally. I feared losing my grip more than craved the outer limits of sanity.